January is coming to a close, and so far its been a great month for science! Innovations are abound and the gears are turning in our greatest minds, this week we will cover everything from Phishing attacks on the widely used LastPass properly named “LostPass” to HyperLoop travel. Here is your weekly tech update: LostPass works by luring users to a malicious website, where a counterfeit LastPass notification is displayed. Deceiving users into believing they have
been logged off the service and requests they log in again.

According to Praesidio CEO Edgardo Narario,

“We think this is a very serious problem for two main reasons: First, LastPass is a very popular password manager. Second, the phishing attack we uncovered is fairly simple to implement and execute.”

But before you swear off using a password manager like LastPass, keep in mind that they are staying ahead of the problem. Once aware of the problem LastPass quickly jumped on the issue and securing users information with a  secondary identification step.

Seems like we wont be worrying about LostPass anytime soon!

LastPass Users’ Passwords May Be at Risk of Phishing Attack, NewsFactor

Anyone could pull off a LostPass phishing attack to get all your LastPass passwords, NetworkWorld

Traveling with HyperLoop, the Future of Transit

Today’s millennials will be the first generation that has not introduced a new form of transportation, but that might be about to change. With HyperLoop possibly the most ambitious project in high speed travel the world has ever known.

HyperLoop is  a new take on high speed travel, seeking to make a new standard for travel times. For instance the first project is to create a track from Las Vegas, Nevada to San Francisco, California. Exact distance between the two cities is around 400 miles; they want to traverse that distance within a half hour. Making the trip between the two cities at roughly 700mph!

The project is currently in developmental stages, being tested on a smaller scale. Deep in the Nevada desert the HyperLoop test site is a marvel of technology and rocket science engineering, where Brogan BamBrogan and his team are reimagining travel. As you can see to the right, HyperLoop is composed of tubes that function as railways for a train of “cars” to be propelled through. The cars would be thrust through these tubes at speeds upwards of 1,000 km/h (620mph)!

With the great minds of Space X backing the project and BamBrogan’s own skills as a rocket scientist, the project defiantly has the potential to become a reality.

However, the real questions are: A, How much will it cost and B, who in their right mind is going to crawl into a vacuum tube and be shot forward at 700mph?

In short part B is simple, a LOT of people. If it’s properly tested and safeguarded people would swarm to a faster alternative to conventional travel, especially if it were cheap. This kind of project could also be extremely beneficial to the cities themselves as well, increasing tourism and access to goods not as easily dispersed by conventional transportation.

When finished the team expect HyperLoop to be almost unimaginably cheap, the initial construction will be far from it. The track from just those two cities alone is expected to cost upwards of $8bn, quite the pricetag.

The team has already garnered $37m of the required funds from investors, but they still have a lot of convincing to do. BamBrogan states that government spending on the projects is a necessity if it is to be completed.

But how much is a city, or speaking even broader, a state or federal government willing to invest remains to be seen. For now HyperLoop is confined to its testing sight in the Mojave desert, with a lot of testing to ahead of it. And only a fraction of the funds needed; although $37m does buy you quite a bit of pipe…

The first Hyperloop tubes have arrived in the Nevada desert, Tech Insider

Chrome Browser to Run Even Faster Chrome continues to up the ante with the introduction of the Brotli open source compression algorithm, into the latest installment of chrome. Users can expect to have access to the high speed search engine soon, as it has already been released on the M49 platform which is available to developers.

Brotli is created by utilizing more efficient approach to managing how web fonts are encoded, then subsequently decoded by web browsers and servers. However, much like any change there could be a few bumpy periods. The new algorithm (without getting too technical) is restricted to HTTPS connections, meaning that websites still using the old HTTP will be left by the wayside.

But more than just a few browsers are considering Brotli, with Firefox already utilizing this advancement and many others following suit; including Safari and Edge. There would definitely seem like there is momentum behind this push for change.

I bet we will see Brotli as the norm, in just shy the time it takes a HyperLoop car to shoot me to San Francisco. 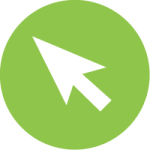