An international team of cybersecurity experts gained access to an iPhone loaned to a U.S. congressman in a controlled hacking. The congressman who sits on the House Oversight and Reform Subcommittee, was part of a 60 Minutes demonstration of how easy it is for a criminal to spy on public figures.

The hackers were able to listen in on calls made by Rep. Ted Lieu D-Calif., as well as intercept SMS messages and track the user’s movements. Just by acquiring the phone number that the congressman was using.

The team is led by German security researcher Karsten Nohl, and under his direction they found a fatal flaw in the iPhones security. Lieu who volunteered for the demonstration characterized the ability to access the data as “creepy” and “angry”.

No, an Update Won’t Fix This Problem

The problem itself is not one of Apple’s making, but rather a flaw in the international network. Specifically, the Signaling System No. 7 network. This flaw has been dubbed the SS7 flaw, and congressman Nohl is now exploring policy fixes.

A bill seems like a drastic measure doesn’t it, for a simple network flaw? But it is likely not enough, as the problem lies in an international network. Meaning that not only governments need to get involved to secure the breach, but nearly all of the data/cell providers.

The problem lies with the fact that all of these providers must cooperate to solve the problem, which is neither easy nor cheap. This stems from the problem that there is no actual regulating force for these international networks.

Likely this problem will remain a threat for at least a few years. But the real danger lies in the knowledge already skimmed, and the potential for it to be used against its owner. 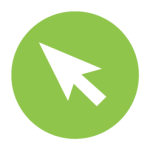 And neither does Protek! Keep you and your business safe, while keeping your peace of mind. Protek employees are trained in security measures and HIPAA compliant.

If you or your business are in need of professional services don’t wait until after you’re at a hacker’s target. Contact us to speak to a professional technician.